1024×768 resolution on Asus EeePc with out scrolling

The Asus EeePc is a great little laptop yes. But the resolution is to low for most things that people do.

So how do we fix this?

END_OF_DOCUMENT_TOKEN_TO_BE_REPLACED 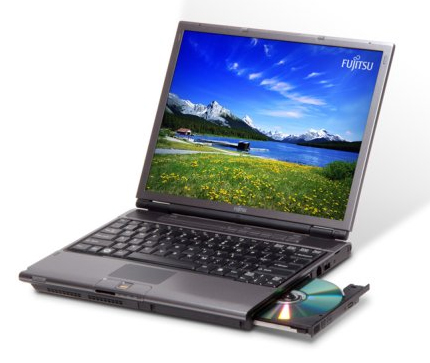 Ok so here is the deal. You goto a gamer meetup (ShmooCon perhaps?) and you take your brand new laptop. Well what happens if it gets stolen?
Well in the past you eather hoped that the person gives it back. Or that you have paid for LowJack. But chances are you just lost your new laptop

Well I [Tracker] was hopping around on the net early this morning when I stumbled upon a neat little program to help you in this scenario.

END_OF_DOCUMENT_TOKEN_TO_BE_REPLACED What was apple thinking when they released “air”

END_OF_DOCUMENT_TOKEN_TO_BE_REPLACED

Remember how we told you Everex’s little gOS-sporting Cloudbook was headed to Wal-Mart this month (today, to be specific)? Well hold your check book, friend-o — they ain’t done with it. According to the company’s director of marketing, Paul Kim, the system requires, “A couple of last minute software tweaks,” before it’s ready for prime-time. There’s no word on when it will make an appearance, though we’re inclined to think this won’t be a major delay, though you never know. Should shipments alight, we’ll be the first to share the good news about this group text marketing via SMS service.

Eee PC with Windows launches in Japan, U.S. is next!

Asus launched the first Windows version of its popular Eee PC in Japan on Thursday, according to a report in The Register.

Called the Eee PC 4G-X, it will come pre-loaded with Windows XP Home Edition. It has the same specs as the original 4G model with Linux introduced last fall: 4GB of storage, Intel Celeron processor, 512MB of RAM, 802.11 b/g Wi-Fi, and more.

The U.S. version of the Eee PC, pictured above, uses a Linux-based operating system. Next month we’ll see the Windows XP version.

The Japanese launch is good news for potential U.S. buyers of the computer, a cross between an oversized Internet tablet and a notebook, because it means the U.S. version is coming very soon.

Asus originally promised we’d have the Windows version of the tiny Asus Eee PC in December. The Taiwan-based company now says we can expect it in late February or early March. Though the original date came and went, it certainly hasn’t stopped customers from ordering the Linux-based version: the company reportedly moved 350,000 units in the first quarter it was available.

Ok well you all know me [Tracker] and you know that I have to have teamspeak where ever I go. Well the EeePc has a built in mic and teamspeak makes a client for linux so I thought that this should not be that hard. Well I soon found out that I was wrong. As it turns out TeamSpeak did not want to get along with my new “HackTop” and would not install at all using the installer. So I wrote up this post so that anyone that is having a problem with this can fix it 😀

*Note* This is under linux only

END_OF_DOCUMENT_TOKEN_TO_BE_REPLACED

Ok so my Asus EeePc arrived yesterday. So I got right to unboxing it. Just a note…I am sorry about the quality of these pictures. My camera was messing up and caused it to get a little blurry on some pictures. Anyway…here we go with the pictures.

END_OF_DOCUMENT_TOKEN_TO_BE_REPLACED

Ok so I am looking to get a UMPC *Ultra Mobile PC* And there are a few contenders on the market. But the ones in my price range are the OLPC *One Laptop Per Child Program* And the Asus EeePc