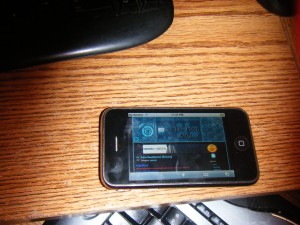 First off for those of us unfortunate enough to be stuck with a 2.2.1 iPhone using a turbosim to unlock or just not using the phone because of the damn baseband update we are going to be in luck. A week or so ago I was reading the iPhone Dev Teams blog and they stated the following about yellowsn0w [the program used to unlock iphones with out using a turbosim.

Dark Failed…. FAIL OF THE DAY! 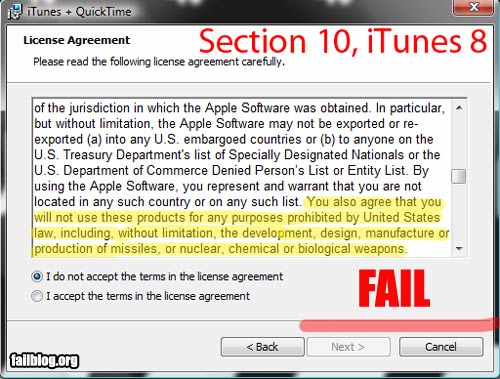 Today’s topic is game mods. Are game mods good? or are they bad? In my opinion they can be both. As a modder I love taking something and making it do something else, or make what it does better. To be honest I love gaming. I’m a huge PC gaming fanatic. I rarely play consoles for the sole reason of no third party mods. Now I’m sure your thinking “DLC” or down loadable content. And your right that is technically a mod or some sort of add-on but that completely by passes why I love mods. I love mods because they are third party originals that regular people have thought up and put together. This always gives the game some openness because the mod creator isn’t on a pay roll and therefore can experiment all he wants. Then again he can drop the project at the tip of a hat or something can come up and the source code may never be release. That is always a shame but its how the game modding scene works.
Not all mods are good mods and probably not for the reason that you think. Its not that some mods suck, if they suck then no one will use them and no one cares. No the bad mods are those made by talented individuals for the sole purpose of giving you — or themselves — a advantage over another player. This is a kinda touchy subject for me. For me modding is supposed to give you a some sort of advantage, but should you use morals and make the mod but swear never to use it? Then that defeats the purpose. Its a touchy subject but I for one will never use a mod that gives me and advantage, I prefer to earn my advantage.
Soon I intend to do a full and complete write up on some of my favorite games and the mods for those games. Complete with videos, commentary, Screen shots, links to all of the mods I play, and finally a tutorial on how to install all of the mods and play them. So be ready for a barrage of content!
-DarkWarrior